What is RBOB Gasoline

Gasoline is one of the most widely known and used commodities in the world primarily utilized for fuels. But its application extends beyond that industry to such uses as paint solvents among others. 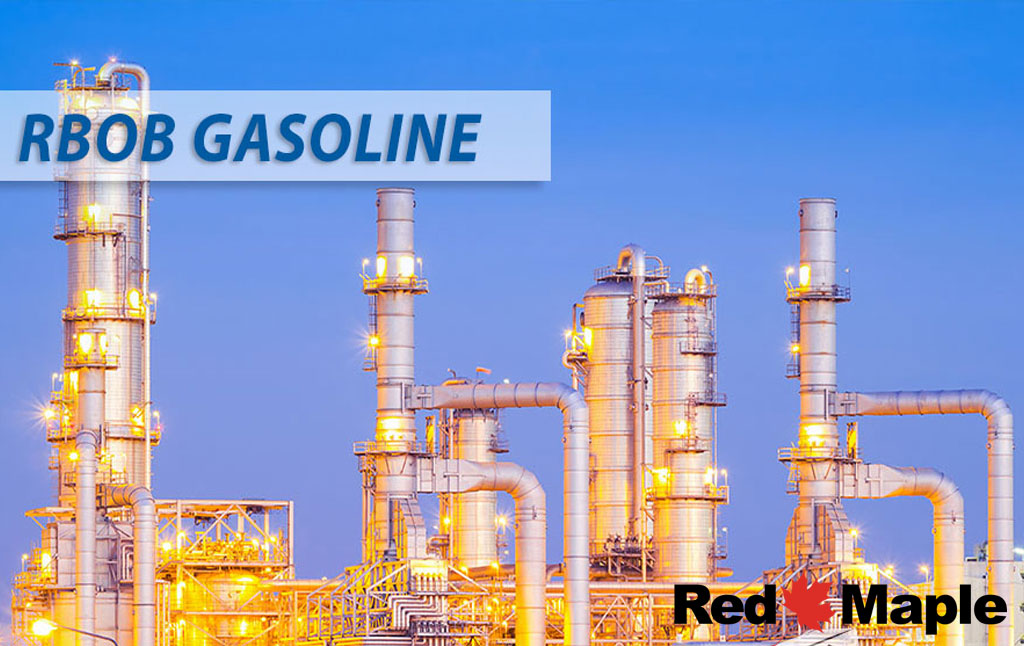 While we refer to the liquid as gasoline in the U.S., many other parts of the world know it by the term petrol, or sometimes petrogasoline. From a chemical standpoint, this low-density fuel is very volatile due to its natural makeup and the numerous additives that can be mixed in, some of which include lead, ethanol, and dye.

Gasoline itself was not invented, but rather was discovered as a by-product of the production of kerosene and the refining of crude oil. It was thrust into popularity with the introduction of automobiles, which had the option of using various fuel sources, but ultimately settled upon gasoline for its strong combustion properties. Since then, numerous developments have improved the quality of gasoline as it is refined from crude oil all over the world. Gasoline can be a particularly nasty thorn in a consumer’s side; prices at the pump can wildly fluctuate due to the dramatic price swings of crude over small periods of time.

From an investment standpoint, the terms petrol or gasoline refer to Reformulated Gasoline Blendstock for Oxygen Blending (RBOB), which is simply the term given to unleaded gas futures. Seasonally, gas futures tend to dip in the winter months, November and December, and reach their peaks between April and May. Because the United States is the largest consumer of gasoline, how our nation uses it can have a major impact on global prices

As mentioned above, gasoline is a natural by-product of crude oil. For every three barrels of crude oil refined, approximately two barrels of gasoline can be salvaged. Refining this essential fuel can be done in a variety of ways, with the most popular being forms of cracking. Cracking is a process whereby hydrocarbon molecules are broken up by heat and pressure into lighter molecules. There are various forms of this process, including thermal cracking (the most popular) and catalytic cracking. Other production/refining methods include polymerization, alkylation, and isomerization.

An important factor to understand about gasoline is its octane rating. Internal combustion engines, like those found in automobiles, burn fuel in controlled processes. The higher the octane rating, the higher the compression rate, with a more efficient fuel capable of a higher output than those with a lower octane rating. This is the reason why some cars accept only certain kinds of fuel, and why there are price discrepancies among various gas options at the pump.

Due to gasoline’s widespread use, it has come under fire for numerous health and environmental concerns over the last few decades. From a health standpoint, the fuel stores numerous carcinogenic chemicals, and can be a danger to the general public if a leak were ever to occur. This means that storage tanks, delivery trucks, and refining plants present the most dangerous threats of the chemical being released into the environment. Aside from its health hazards, gasoline has also long been under the gun for contributing to greenhouse gases and global climate change. As the world’s need for energy only increases, many call for alternative energy solutions to displace gasoline, but for the time being, this fuel has a vice-like grip on the global economy, and won’t be going anywhere anytime soon.

The most prolific uses of RBOB gasoline is as fuel for various products such as cars, lawn mowers, generators, pressure washers, and many other common household appliances. But it also has other applications such as removing paint or grease, and is even used in numerous pesticides and weed killers

The statistics for RBOB gasoline are not perfect due to the fact that production and consumption is measured by crude oil rather than gasoline itself. The figures below represent global consumption and production of crude oil, of which gasoline is derived.

The Middle East used to have a stranglehold on the top ten producers worldwide, but the U.S. recently surpassed the region’s output. For the most part, this list contains both emerging and frontier markets, which is what makes gas prices so volatile. Any kind of tension or trend in these foreign markets translate into spikes or dips in crude prices, which directly correlates to prices seen at the pump

When it comes to crude consumption, the U.S. uses more than the next four highest consumers combined. It is also important to note that our consumption is roughly twice that of our production, making our nation so dependent on foreign oil.

As a global commodity, the price of gasoline is impacted by a number of factors, and is often subject to significant price swings in a relatively short period of time. The major price drivers of gasoline include:

Crude Prices: Gasoline is a natural by-product of crude and is therefore directly tied to the price and performance of crude. Any swing in the price per barrel of oil will translate into higher prices at the pump, and more of a hassle for consumers who need gas for their daily lives.

Geopolitical Concerns: Most of our oil comes from emerging markets or other nations around the world. This means that political ties to other countries is a key factor in the prices of gasoline, and any global tension can cause a rift in those prices. When even one country cuts off supply, the rest of the world may be at the mercy of just a few names, as seen in the 2011 Libyan Crisis, which saw the price of crude and gas shoot up around the world.

U.S. Trends: Gasoline is one of the few commodities heavily dominated by U.S. demand. We consume the most gasoline in the world and as such, are the price drivers for the essential fossil fuel. Any trends in the U.S. economy, such as public transit improvements or failures, could lead to major swings in gasoline prices as consumers shift towards, or away, from widespread gasoline use.

Alternative Fuels: Perhaps the most threatening factor to gasoline is the bad reputation it has amassed over the last few decades. Today, there are numerous organizations dedicated to finding and funding alternative fuel sources. With wind, solar, and nuclear energy ramping up all over the world, gasoline prices could take a hit down the line if any of these options becomes a more popular or cost-effective method of producing energy.

Coins in Front of Charts

There are many reasons to invest in RBOB gasoline. First, transportation of this fuel can be expensive, as can the refining process to turn crude into gasoline. The prices of RBOB are directly correlated with crude oil, meaning that they will exhibit significant volatility that may be an attractive trait for many traders. Secondly, investments in gasoline can also be used to hedge against inflation, or simply to make a play on our global addiction to fossil fuels. Gasoline is a vital part of our everyday lives, and there is a strict need to consume no matter what economic conditions may be, making it an attractive investment during all kinds of markets.

There are many options for investing in this popular commodity, including equities, futures, and exchange-traded products. Below, we outline numerous options for gaining exposure to RBOB gasoline:

RBOB Gasoline futures are traded on the Chicago Mercantile Exchange, with prices quoted in U.S. dollars and cents per gallon under the symbol RB. A single contract represents 42,000 gallons with a minimum fluctuation of USD0.0001 per gallon. Listed contracts conduct trading throughout the next 36 consecutive months. All contracts are subject to the rules and regulations of NYMEX.