One of the biggest trends in energy has been the rise of renewables particularly solar and wind. But hidden from view has been an even bigger trend: the battery boom. 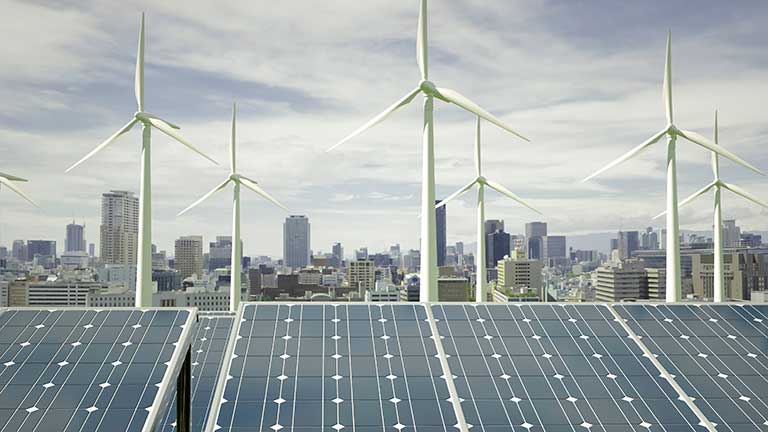 Batteries are needed to make renewable energy flow consistent. As more and more renewable capacity is added, batteries have to be added to handle the extra weight. In 2017 total U.S. energy storage topped 1 GWh for the first time.

Cheaper batteries that can manage flow from distributed energy resources (DER) means that total energy capacity does not need to reach peak demand, which is often much higher than the daily average. According to McKinsey, reliable and cheap battery storage is the missing link between renewable energy generation and reliability.

The battery boom has just gotten started. Looking ahead, the worlds output of batteries will have to increase dramatically in order to support new electricity generation.

To meet climate change challenges and support new renewable infrastructure, battery capacity between 2020 and 2030 will have to quadruple. The UN panel on climate change just put out a report indicating that the world has just twelve years to rein in emissions and save the world from drastic increases in temperature and major changes to the climate. Batteries will be hugely important to meeting those goals.

But so far, very little attention has been paid to the battery market.

This could be the largest energy investment opportunity of the next decade.

Right now, lithium ion batteries dominate the market, accounting for 95 percent of new storage deployments in 2015. Used in most consumer electronics including cell phones, laptop computers, and electric vehicles (EVs), lithium ion batteries have surged in demand, prompting a lithium mining rush in 2016-2017 that petered out in 2018. High performance lithium stocks such as FMC Corp (FMC) and Sociedad Quimica y Minera (SQM) stalled in 2018, a sign that stocks of lithium exceeded their value and needed a correction.

Our attention has moved in a different direction: vanadium. This mineral, Element 23, is used in vanadium redux flow batteries (VRFB), an emerging technology that represents a major improvement on lithium ion. VRFBs can be built at a lower cost and in much larger sizes than the typical lithium ion batteries. China utilized VRFB tech to build the worlds largest battery, designed to improve energy efficiency in Dalian province. Vanadium spot prices shot up, due to stronger steel demand (vanadium is used in steel alloys), and the worlds supply of vanadium is shrinking. As other commodities, including lithium, cobalt, nickel and copper decline, vanadium is surging upwards.

Vanadium miners like Largo Resources (TSX:LGO) and Ivanhoe Mines (TSX: IVN) are poised to profit from vanadiums undersupply. Vanadium was included on a list of strategic metals in 2018, and with tariffs on Chinese goods raising the price of lithium batteries, the race will be on in 2019 to secure new sources of vanadium.