Golds next upside target is 1600 an ounce according to analysts who are confident that the gold rally is not over due to unresolved U.S.-China trade talks weak global growth and dovish Federal Reserve expectations. 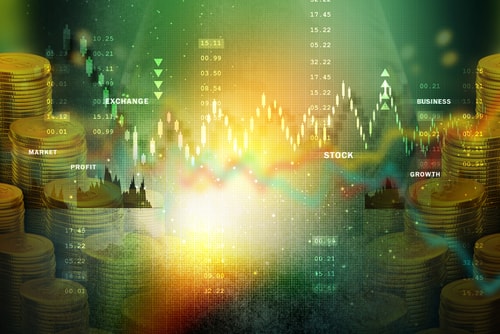 Gold prices made another solid advance on Tuesday, rising above $1,540 an ounce after erasing all daily losses from earlier in the session. December Comex gold futures were last at $1,535.40, up 0.25% on the day.

Traders were busy digesting U.S. President Donald Trump’s hawkish speech to the United Nations in New York on Tuesday afternoon, in which Trump said that "the future does not belong to globalists, the future belongs to patriots."

Gold benefitted from Trump’s comments in regards to China and Iran with prices beginning to rise during the speech.

"Harsh language from President Trump toward China and Iran prompted a sell-off in the U.S. stock market, the U.S. dollar index and crude oil. That, in turn, prompted some buying interest in safe-haven gold," Kitco’s senior technical analyst said in his gold update.

The next major level gold could hit is $1,600 an ounce, according to TD Securities and Scotiabank.

After a short-term pause, gold will be ready to rise again, which is why the yellow metal is "still a buy," TD Securities head of global strategy Bart Melek wrote on Monday.

"While we think the gold market pauses for a while, the gold rally should continue to take prices into the $1,600s. Weakness in Europe and China will likely force Fed Chair Powell to deliver a substantial policy easing," Melek said.

Markets are currently pricing in a 64.1% chance of another 25-basis-point rate cut by the Federal Reserve in October, according to CME FedWatch Tool, which is a bullish scenario for gold.

"The short-term lending system has come under pressure last week with the Federal Reserve forced to intervene with liquidity injections for the first time in a decade … The Fed inject[ed] over just over $340 billion worth of liquidity into the market with a promise of more, should also help to keep gold bid. On Friday, the New York Fed announced that it would continue to offer $75 billion in daily repo transactions through October 10 and offer two-week repo trades as well,” he said. “Some gold observers see this as a sign of instability and a signal that the U.S. central bank will need to continue to provide liquidity, if not de-facto QE."