Liquefied Natural Gas Exports - It is how the U.S. plan for energy dominance will truly take off. 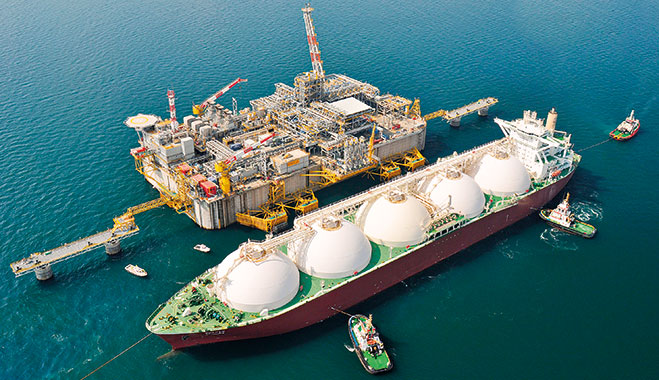 As global demand for natural gas increases, the biggest story could be the movement of liquefied natural gas (LNG) from American drillers to international consumers.

In 2016, Sabine Pass became the first major export terminal for liquefied natural gas (LNG) in the United States. Since then, the United States has approved twelve new LNG projects, with a combined export capacity of nearly 15 billion cubic feet per day (bcfd).

The International Energy Agency expects the global natural gas market to increase by 45 percent by 2040. Investment into this energy sector has been strong, and in the next decade it will get even stronger.

While U.S. companies face stiff competition in the LNG market, geopolitics will work to their advantage.

Russia, a major natural gas exporter, faces on-going sanctions and could lose market share in Europe, where governments have become more wary of Russian influence. Lithuania and Poland each completed LNG import terminals (in 2014 and 2016, respectively), and in October German Chancellor Angela Merkel announced that a long-delayed LNG import terminal finally has its funding.

Qatar, another major LNG producer, faces an economic blockade led by regional rival Saudi Arabia. Even in the face of competition, U.S. producers will have ample opportunity to seize part of the expanding LNG market, which is expected to tighten by 2024.

Fears that U.S. LNG will get shut out of the China market due to new tariffs will be offset by strong import demand in Europe, South America, non-Chinese Asian markets like South Korea and Japan, and, surprisingly, the Middle East, where Turkey, Kuwait, Jordan and Egypt are all emerging customers of US LNG.

The LNG heavy-hitter on the US scene is Cheniere Energy (LNG) which owns the Sabine Pass export terminal. The company has a market cap of USD15 billion and hit a three-year high in September 2018 after a positive analysis by Morgan Stanley. Cheniere received approval to add refrigeration at Train 5 of the Sabine Pass facility and Train 1 of the companys Corpus Christi property.  Cheniere’s performance should be strong thanks to its long-term contracts in China, which it can maintain despite rising US-Chinese tariffs. CNPC (China National Petroleum Corp) has agreed to buy 0.16 bcfd from Cheniere through 2043.

But we also like Sempra Energy (SRE), which is nearing completion of a new LNG facility at Port Arthur. The facility is set to be completed on January 31, 2019 and will be a major step forward for Sempra, a San Diego-based energy services holding company. From Port Arthur, Sempra will be able to export 11 million tons per year (mtpa) starting from 2023. The USD31 billion company rose 15.34 percent above its June 06, 2018 market low and is up 8.41 percent YTD as of October 20, 2018. Sempra has a long-term agreement with Polish Oil & Gas Company (PGNiG)  for delivery of 2.7 billion cubic meters per year (bcm) starting in 2023.