The United States in the next decade will become the worlds dominant energy producer: No. 1 in both oil and gas production. This shift is a once in a generation change that will affect energy markets worldwide. 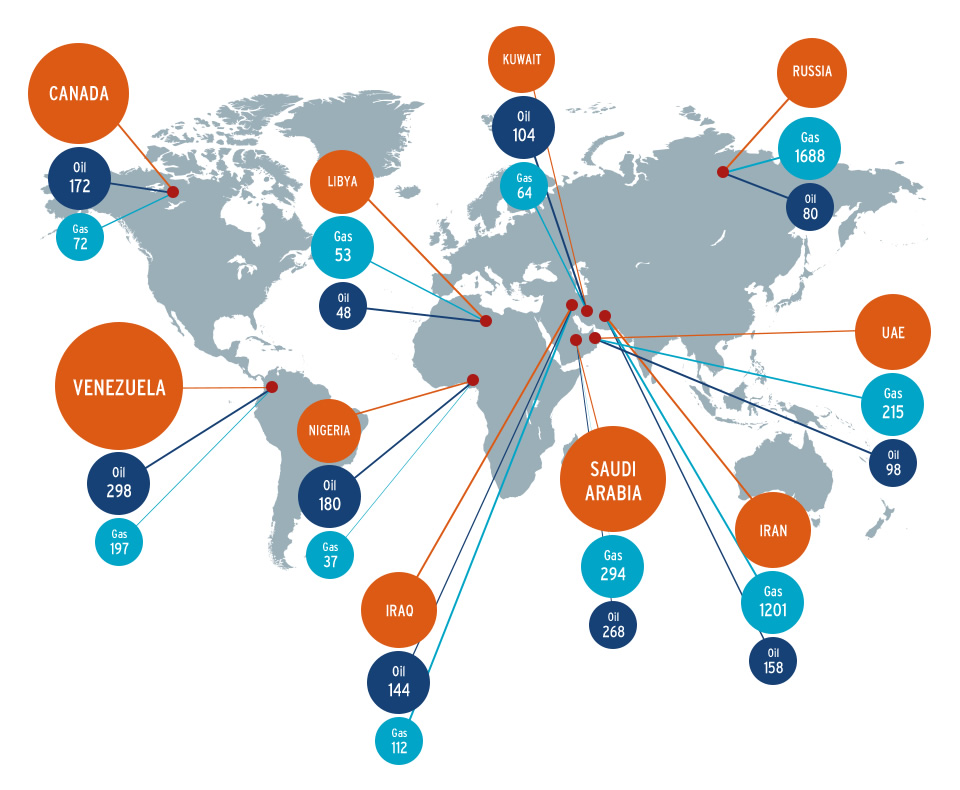 In a riskier world, volatility is the name of the game.

In 2018, a risk quotient returned to rock oil prices.

After a period of relative calm, oil is poised to become super volatile.

In Libya and Nigeria, instability and upheaval caused interruptions in exports. More will come in the next five years, as both countries struggle with numerous internal challenges.

Venezuela sank deeper into political chaos and economic depression, and its oil output continued the slow-motion crash that began in 2015: exports have fallen from 2.9 million bpd to 1.45 million bpd.

New sanctions on Iran went into effect on November 5, and Iranian exports fell rapidly, declining from 2.8 million bpd to 2 million bpd by September. In 2019, Irans exports could fall to zero.

The disappearance and alleged murder of Saudi journalist Jamal Khashoggi brought increased scrutiny of Saudi Arabia, the one country with enough spare capacity to offset the decline in Iranian output. While things may have stabilized, other members of OPEC may be less willing to follow the Saudi lead.

On the back of geopolitical risk, prices rose throughout the year, from the low 50s to nearly 80 dollars abarrel.

Talk was of 100/barrel by January 2019. Now, markets are unsure: prices rose on hopes of a tight market, only to fall when it seemed as if inventories were filling up.

The oil ministers of Russia and Saudi Arabia both see geopolitical risk as just as important as supply fundamentals in affecting price.

Since the price crash of 2014, the world has gotten a lot tougher for oil producers.

And it is about to get even tougher. Here is just a few of the risk factors coming to disrupt energy markets

Another war in the Persian Gulf

This time pitting the GCC and the U.S. against Iran, which could close the Straits of Hormuz and cut off one-third of the worlds oil supply.

A complete collapse in Venezuela, which could totally shut down oil production and threaten the worlds largest oil reserves.

Ramped-up conflict in Eastern Europe and a showdown between Russia and the EU over Nordstream Two.

Investors can profit from the rising risk quotient by seeking out tried and true producers with little international exposure, particularly those based in the United States. Domestic producers will attract more investment and attention from the super majors, which will turn away from risky bets in favor of safer areas closer to home.

One good pick is EOG Resources, Inc. (EOG), a major player in the Permian Basin.

In Q1-Q3 of 2018 EOG realized 13 point growth, beating the S&P average of 8.3 percent and the major energy benchmark SPDR Energy Sector ETF, which was up close to 4 points.

Institutional investors have bought up more than 88 percent of EOG thanks to its diverse holdings and a 20 percent share of Permian oil. While pipeline constraints have limited growth in the Permian, EOG has been able to shift to its properties in eastern Wyoming at the Powder River Basin. EOG was trading below Chevron and Exxon Mobil, two U.S. super majors that invested heavily in the Permian in 2016-2018, before its steady climb in 2018 from  100.07 dollars a share in February to more than 130 a share in October. The likelihood of high risk and rising prices will place a premium on its output in 2019. Other key Permian players are Pioneer Natural Resources (PXD), Concho Resources Inc. (CXO) and Chevron (CVX).