How the Oil and Gas Industry Works

A fundamental aspect of equity investing is understanding the companies and sectors in which you invest. 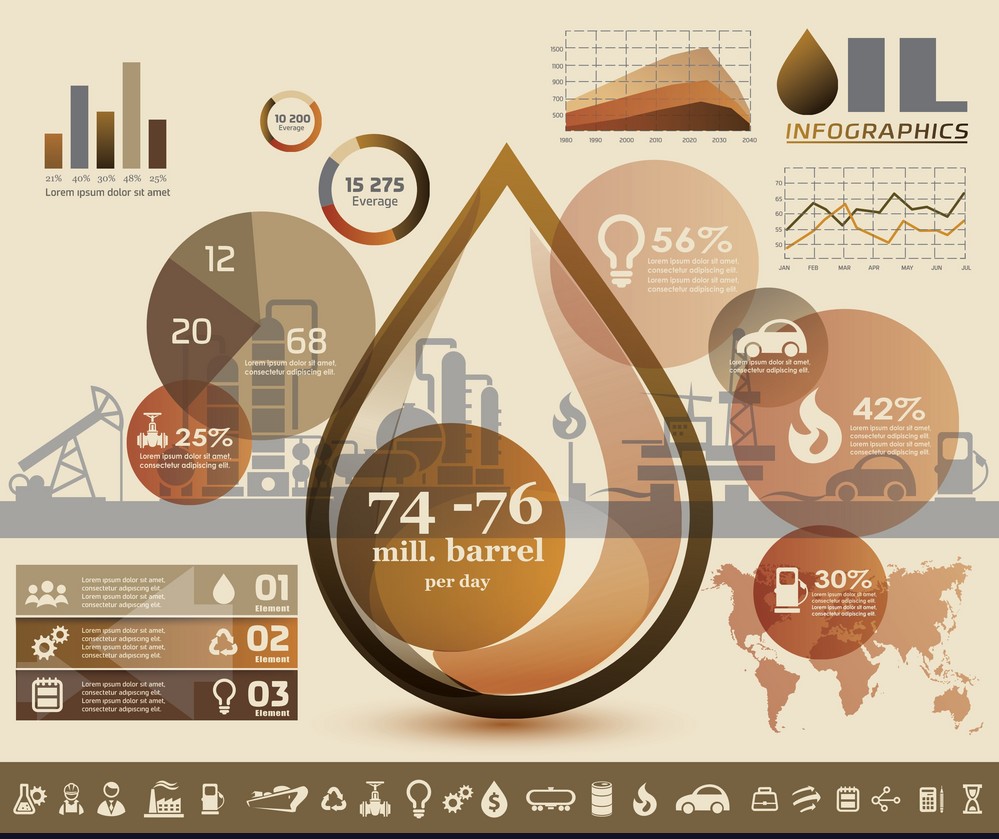 The oil and gas industry is teeming with complicated terminology that can overwhelm investors new to the space. But with a basic understanding of the sector and its key concepts and terms, investors can better understand the fundamentals of the stocks.

Crude oil and natural gas are naturally occurring substances present in rock amid the earths crust. Oil and gas are organic materials, and are the result of the remains of plants and animals compressed in sedimentary rock such as sandstone, limestone and shale.

Sedimentary rock is a product of sediment deposits in ancient oceans and other bodies of water. As layers of sediment were deposited on the ocean floor, decaying remains of plants and animals were integrated into the forming rock. This organic material eventually transformed into oil and gas after being exposed to specific temperatures and pressure ranges deep within the earths crust.

Oil and gas are less dense than water, which occurs in huge quantities in the earths subsurface, so they migrate through porous sedimentary source rock toward the earths surface. When the hydrocarbons are trapped beneath less-porous cap rock, an oil and gas reservoir is formed. These reservoirs, which are simply layers of rock containing large quantities of oil and gas, are our sources for crude oil and gas.

To bring the hydrocarbons to the surface, a well must be drilled through the cap rock and into the reservoir. Drilling rigs work in a similar fashion as a hand drill. A drill bit is attached to a series of drill pipes, and the whole thing is rotated to make a well in the rock. Once the drill bit reaches the reservoir, a productive oil or gas well can be completed, and the hydrocarbons can be pumped to the surface.

When the drilling activity does not find commercially viable quantities of hydrocarbons, the well is classified as a dry hole. Dry holes are typically plugged and abandoned.

Exploration and production (E&P) companies focus on finding hydrocarbon reservoirs, drilling oil and gas wells, and producing and selling these materials to be refined later into products such as gasoline. This activity is usually referred to as upstream oil and gas activity. Today, hundreds of public E&P companies are listed on U.S. stock exchanges. Virtually all cash flow and income statement line items of E&P companies are directly attached to oil and gas production, Therefore, investors should develop an understanding of basic production terminology when assessing E&P stocks.

E&P companies measure oil production in terms of barrels. A barrel, usually abbreviated as bbl, is 42 U.S. gallons. Companies often describe production in terms of bbl per day or bbl per quarter. A common methodology in the oil patch is to use a prefix of m to indicate 1,000 and a prefix of mm to indicate 1 million. Therefore, 1,000 barrels is commonly denoted as mbbl and 1 million barrels is denoted as mmbbl. For example, when an E&P company reports production of 7 mbbl per day, it is referring to 7,000 barrels of oil per day.

Note that gas market prices are sold on the New York Mercantile Exchange futures market in terms of million British thermal units, or mmbtu, which is roughly equivalent to 970 cubic feet of gas. Investors frequently think of an mcf of gas as being equivalent to one mmbtu.

E&P companies often describe their production in units of barrels of oil equivalent (BOE). In calculating BOE, companies usually convert gas production into oil equivalent production using an energy-equivalent basis. In this basis, one BOE has the energy equivalent of 6,040 cubic feet of gas - or roughly one bbl to 6 mcf. Oil quantity can be converted into gas quantity in a similar fashion, and gas producers often refer to production in terms of gas equivalency using the term mcfe. Note that the energy conversion basis often is not reflected in the respective market prices of oil and gas.

E&P companies report their oil and gas reserves - the quantity of oil and gas they own that is still in reservoirs in the ground - in the same bbl and mcf terms as above. Reserves are often used to value E&P companies and make predictions for their revenue and earnings. Note that reserves values are not GAAP figures, and they are not directly booked into a companys financial statements.

Because new reserves are the primary source of future revenue, E&P companies spend a lot of time and effort in finding new petroleum reserves. If an E&P company stops exploring, it will generate revenue from a finite and depleting quantity of petroleum and, therefore, revenue will naturally decline over time. As a result, E&P companies can only maintain or grow a revenue base by acquiring or finding new reserves.

Once a well is drilled, many activities are involved in generating and maintaining its production over time. These activities, such as well logging, cementing, casing, perforating, fracturing and maintenance are collectively referred to as well servicing. As is the case for drilling, many public companies are involved with well-service activity. Revenue of service companies is tied to the activity level in the oil and gas industry, sometimes measured by the rig count or the number of rigs working in the United States at any given time.

Investing in energy stocks can seem complicated. But learning some fundamentals behind this industry can help investors determine valuable assets. As is the case for most company analysis, a good starting point is to understand how the businesses derive revenue.